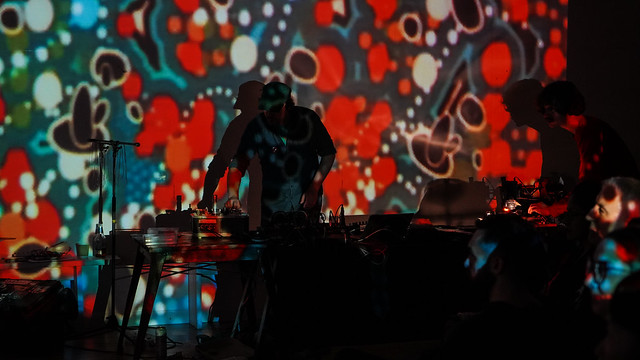 The event featured ‘Malcolm X Sandwich’ and the duo Sculpture plus a new short film by Pierre Bouvier Patron. It took place at IKLECTIK on the 15th of February 2020. 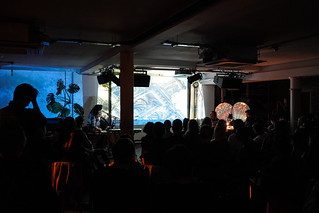 Unpredictable Series presents A-V Night This is an evening dedicated to various audiovisual performances, combining digital and analogue approaches. There will be a trio all the way from Poland. Formed of two duos – kinoMANUAL and Pin Park LIVE – they’ll explore mainly analogue stop-motion techniques and improvised music. Their aim is to achieve optimal sound and structure, using only the unusual architecture and unrepeatable timbres of EMS synthesizers. http://kinomanual.pl/ – https://pinpark.bandcamp.com/ Karel Doing will present Symbiogenesis: a series of repeated rhythmic musings on nature and culture, often using superimposition. This 16mm projection is combined with live sound, a layering of optical, found tracks, and a collection of rare records played on a prepared Dansette record-player. https://vimeo.com/267263965 – http://kareldoing.net The evening will also feature the first collaboration between Alessandro Vangi and Steve Beresford. Vangi will use video filmed in Cairo and computer graphic as tools of the performance. The show will be the result of a combination of many elements that are connected to the human being in different shapes. Steve will explore the inside and outside of the infamous Iklectik piano with small implements and electronic gizmos. Finally, the evening will feature the premiere of a film by Blanca Regina and Pierre Bouvier Patron. The film, shot in Tenerife, Spain, focuses on the specificity of the volcanic soil of the island. Exploring textures, organic elements and rhythms, this short film dives into the magic elements of this unique land. http://www.whiteemotion.com/ 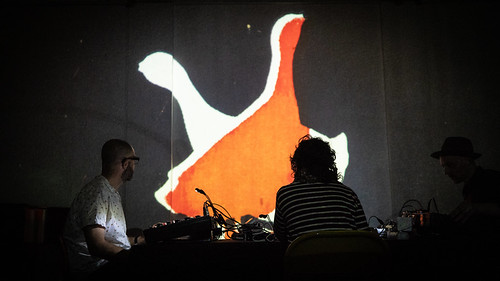