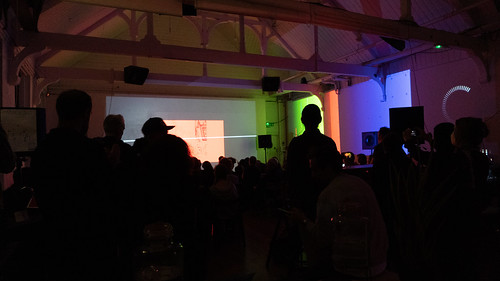 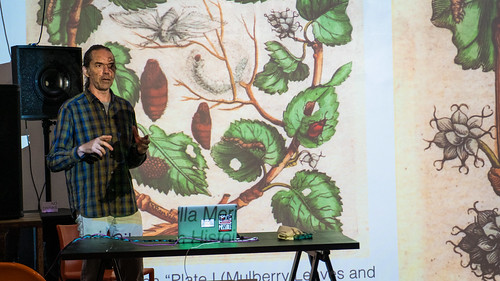 Unpredictable Series presents 19th September 2021 a full-day program including a Phytography Workshop led by Karel Doing; ‘Sound Garden’ an outdoor sound installation and an evening program including a short film ‘Phytography’ by Karel Doing with a soundtrack by Paul Morris, plus two expanded and immersive cinema performances with Karel Doing, Blanca Regina, Steve Beresford, Pierre Bouvier Patron and ‘Atemporal’ by The Light Surgeons premiering in London.

Phytography dives into the rich and varied world of plant chemistry. This collection of organic ‘objets trouvés’ demonstrates how nature generates multiple creative solutions, each one structured intricately. Through the application of a simple chemical process, the selected leaves, petals, and stems have imprinted their own images on the film’s emulsion. Shapes, colours and rhythms whirl across the screen drawing the viewer into a world beyond language and speech. The film taps into a realm of mutualism and generosity, readily available despite the environmental havoc caused by human greed and overconsumption.

Karel Doing is an independent artist, filmmaker, and researcher currently based in Oxford, UK. “Phytography” is a method Doing developed during research focused on ecology and media, a project that is still ongoing. Phytography enables interaction between the phytochemical properties of plants and photochemical emulsion. Doing’s work has been shown worldwide in micro-cinemas, on stage, and in galleries. He regularly gives workshops in analog film practice and is currently a lecturer in contextual studies at Ravensbourne University London. In many of his works, the rhythmical, painterly, and performative qualities of the analog film medium are foregrounded. Kareldoing.net

Blanca Regina is an artist, musician, and independent curator based in London. Her focus is on audiovisual projects, ephemera in site-specific installations, and book arts. She is exploring the connections between archive, identity, language, and space. Her work has been supported by Arts Council England, Sound & Music, BMC, Amexcid, Photo-España, and Garage Cube. blancaregina.com

Pierre Bouvier Patron is a visual artist based in London. He is currently working with different media, such as digital video and film, exploring the boundaries between them and creating moving image works, performances, and installations. He has developed many practices and skills in various areas such as experimental film, documentary films, music videos, etc. He has been involved in video screenings and video performances, solo or in collaboration with musicians such as Syd Kemp, Neil’s Children, artist Blanca Regina, and many others. His work has been shown in France, Spain, the United Kingdom, Germany, etc.

“Atemporal 2.0” is a live cinema work by audiovisual artists The Light Surgeons that was created in memory of the novelist, painter, and poet John Berger. It is a poetic audiovisual concert that unites original musical compositions and video artworks created by collaborating audiovisual artists Tim Cowie and Christopher Thomas Allen. Their combined sonic and visual outputs are brought together live across a dual HD projection screen and through a surround sound setup to create a unique performance that reflects on John Berger’s thoughts and philosophies on time and memory. Atemporal 2.0 is simultaneously a musical composition, video artwork, and experimental documentary, it is a dynamic live audiovisual essay that contemplates our human condition while celebrating an important voice in art criticism and cultural thinking.

The Light Surgeons is a media art studio based in East London founded in 1995 by audiovisual artist, director, and creative producer Christopher Thomas Allen working in collaboration with a range of other designers, animators, filmmakers, music composers, sound artists, software developers, and researchers. Over the past 25 years, the studio has produced a wide range of cross-disciplinary audiovisual artworks through the creation of countless experimental films, installation projects, and groundbreaking live cinema performances. www.lightsurgeons.com